Why Conflict Exists in the World

In my earlier piece about tolerance, I explained that intolerance is because people do not want to bear things from other people that they don’t like, but are not harmful. Now I try to answer the question some have asked: why is it that hate and kill so easily, and thus, why is there so much conflict in the world? 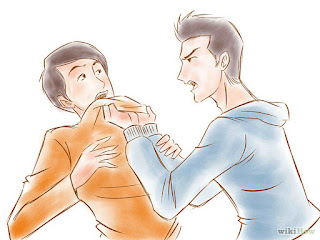 This doesn't explain everything, but I believe my explanation makes up a significant bit. The example I’ll use is that of a well in the desert. This is something that will fit the Middle East even today. Say two men happen upon a well. Both want a drink. Both see each other happening upon the well. They don’t want to share the well. The well is seen as a scarce resource, so only one of them must have the well. Thus they fight to the death to make sure only one of them gets the well.

Bring this to a larger level, and I would consider this the basic explanation of how conflict in the world arises. This is my answer to people who say religion is the main cause of wars. Because people believe others from another religion are enemies, they believe they should fight and destroy the other religion. I doubt this is the cause. My simple analogy above points to resources and commodities as the main thing people fight over. People need these things to live. But since they are scarce, some people they should prevent others from partaking of these, and the most effective way is to kill.

Of course, religion has become one of the demarcations to mark out others as “enemies,” whereas in the older days it was the tribe or state that was the demarcation. Religion has certainly grown large and powerful these days that they rival governments in terms of power. Religions did so by aligning themselves with political entities. In the Middle East, such as Saudi Arabia and Daesh, the religious factions became the political entities. However, religion is still not the main cause of conflict. It will always be something else.

Thus, humans will attempt to take control of things. And if this attempt to control fails, they will try to destroy it or do something to neutralize the perceived threat. For example, U.S. southerners want to kill gays, but if they could not kill the gays, they would just terrorize or harass them. Perhaps it is a manifestation of greed and arrogance, but another aspect is that understanding something gives someone a sense of control. It does not always mean actual control, but it does comfort a person. This kind of sense of comfort is part of the cravings of a human being. 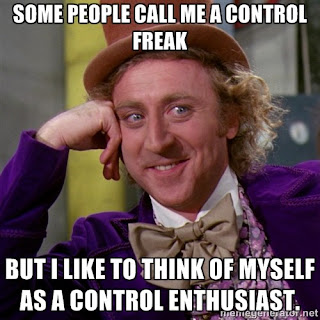 What I also mentioned in my article about tolerance applies: people love themselves too much. So when they see others who are not like them, they feel threatened, as they want only themselves to be the norm. So they try to hurt or even kill the others not like them.

Thus, for me, it is simple to understand why people are violent. One side is, they want something, but they can’t get it, and so they use force to get it. But the other side is, they don’t want something, and they use force to keep it away. Even things explained by others to be religious can be explained through the above: what they want is the security felt from being in control.

But those who have given sound and rational thought to the issue will lead to the wisdom: you can’t try to control everything. Stop basing your security on control. Stop believing that you are entitled to security from control. You share the world with other people, and you have to accept their differences from you. Accepting and enacting these dollops of wisdom will do a lot to reduce conflict in the world.
Posted by Chino F at 7:46 PM