About Tolerance and What It Is

One thing I notice about the idea of tolerance is that intolerant people, when they see something they don't like, they make an effort to remove it. That seems normal to some people; when you find a stinking fish, you'll want to throw it out. But wait; is everything that we don't like really harmful? 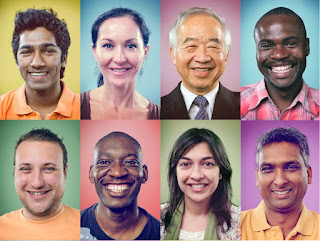 Apply that to human relationships, such as people of different races and ethnic backgrounds, and it isn't as simple. For example, people see Arabs or Indians as their neighbors. Because the white Americans residents are uncomfortable with the new arrival, they might be hostile to these people of other ethnic backgrounds; perhaps have no contact, or pressure the mayor or alderman of the area to have them removed, or any other similar action. Of course, the most extreme of actions is to kill people – like the Charleston shooting. People are wondering what is it that makes other people hurt each other, and so I offer this explanation.

The thing is, there are times when we see something we don't like, but we must accept them. We cannot remove them. This is because not everything we don't like is wrong. For example, . Thus, it proves that we can be wrong in disliking something at times. Thus, there is this quote by Voltaire: 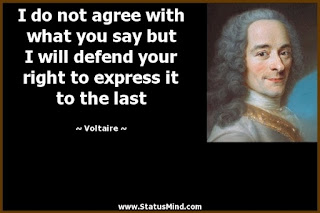 One truth about people ia that deep inside, we all don't like each other. We would all likely like to live by ourselves and be free from annoyances by the curse called 'other people.' But as I said above, that's never possible. We have to learn to live with others.

And another truth is that people are really so full of themselves. They love themselves too much, that when they see someone who likes the same things as them, they are pleased. But if they see something different, they consider it a curse. If people really want to practice true tolerance, they should accept that other people have the right to be 'different' from what they are or want, and that they themselves are not the only beautiful things in the world, too.
Posted by Unknown at 4:08 AM