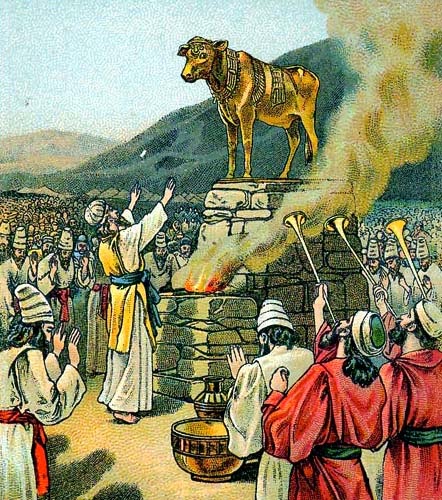 Is this Positive Thinking?

Some say that if you want to be rich, you will be rich, and if you want to be poor, you will be poor. This a teaching of a popular movement called The Secret, that started from a book by Rhonda Byrne. This book asserts that human thoughts become energy that changes the nature of the universe and reality. For example, if a person believes that he will win the lottery or get the girl of his dreams, his thought waves will alter reality and make that happen. Another is that if the person believes he might have a bad day, even as a small thought, the thought waves will alter reality and lead to something like a car hitting him, or his getting mugged.

Byrne's beliefs are considered another manifestation of the New Thought movement, which traces its roots from Phineas Quimby, whose beliefs developed into the Word of Faith movement. It started out with the belief that material fulfillment also leads to spiritual fulfillment, and thus being rich, healthy and successful in life is what makes a person morally superior. It however gave birth to other questionable beliefs such as the Prosperity Gospel, which posits that wealth is a sign of morality. If you are holy, you will be rich, and if you are poor, it's because you are sinful. I will call all of these collectively as New Thought.

I'm sorry to say, these beliefs are against the teachings of the Bible, which New Thought people claim they follow. But upon close study, you will find that they are inconsistent. Never did the Bible say that thought waves influence reality. What disturbed me in the movie version of The Secret was its portrayal of God as a genie, or an impersonal force that merely reacts to human thought. If the energy of the universe does follow human thought, then the God of the Bible as an independent, personal being would be false. The Bible says God's will should be done; but the New Thought ideas say, "my will be done." Read by a critic of the book, Byrne writes, "You are god."

Among the Bible passages New Thought adherents claim support them would be "A man reaps what he sows," (Galatians 6:7) which some believers in Karma also cite. New Thought and The Secret believers use this to say people are responsible for their own misery, including accidents. But the Bible also says, "...the saying ‘One sows and another reaps’ is true." (John 4:37). The passage in Galatians refers to doing good or bad: "Whoever sows to please their flesh, from the flesh will reap destruction; whoever sows to please the Spirit, from the Spirit will reap eternal life" (Galatians 6:7).

Another is "ask and you shall be given." Mark 11:34 has often been used by New Thought and The Secret adherents. They claim that this refers to fulfillment of earthly desires. But this is wrong, when you look at other passages in the Bible. It actually refers to God attending to your needs, not your wants. It should be understood in the context of this other verse: "if we ask anything according to his (God's) will, he hears us" (1 John 5:14). Much of New Thought uses of scripture are inaccurate and out-of-context uses.

Here's another tidbit that may expose the problems with New Thought and The Secret. Barbara Ehrenreich, a fierce critic of The Secret, mentions that Rhonda Byrne blamed the victims of the 2004 Asian tsunami for their own misfortune. Byrne said the victims generated waves of energy from negative thoughts that caused the tsunami. Not only is this a questionable explanation of the disaster, it is also victim-blaming in the worst form, putting guilt where it should not be and being cruel towards victims.

I'm afraid New Thought is heresy, and its teachings may actually bring a false happiness. The problem is, the teaching of New Thought and The Secret are somewhat catch-22. If one person does believe in it, but does not get what they want and says it may not work, another person will just say "you actually don't believe in it" or "you believe in it enough!" One of the worst things some adherents do is to try to control other people, because that is how they believe the "energy of the universe" works; that it entitles them to force other people do things their way. Adherents may claim that New Thought is only being abused. But its premise actually would encourage this abuse.

What is Positive Thinking?

So what is real positive thinking? The term was used in Norman Vincent Peale's book The Power of Positive Thinking. This is often put alongside many other self-help books, including Napoleon Hill, another "get rich" guru of old. However, Peale focuses more on attitude, not on getting rich or controlling other people. Its premise is actually different from The Secret's, no matter how some people try to place them together.

So what is real positive thinking? Let a Bible verse explain it, Rom. 8:28 - "...we know that in all things God works for the good of those who love him, who have been called according to his purpose." Real positive thinking is that everything will be all right or will result in good, despite the travails and trials that a person undergoes.

Another miconception about positive thinking that is it used for fulfilling desires. The Secret and New Thought seem to promote is that by fulfilling your earthly desires, you can achieve happiness. However, this is again against Bible teachings, which actually warn against focusing on earthly desires (Colossians 3:2, "Set your minds on things above, not on earthly things"). True positive thinking would actually be the opposite of what New Thought says: everything will be all right even if do not get what you want, even if you do not fulfill your earthly desires. And getting what you want is not always positive.

The Bible says giving in to one's earthly desires can be very dangerous. It says in Galatians 5:16-17: "So I say, walk by the Spirit, and you will not gratify the desires of the flesh. For the flesh desires what is contrary to the Spirit, and the Spirit what is contrary to the flesh. They are in conflict with each other, so that you are not to do whatever you want." The search for wealth is not bad in itself. But they should never believe that they deserve it in the way New Thought teaches. Wealth also can never be considered a standard of spirituality. Remember Jesus' own saying, "It is easier for a camel to pass through the eye of a needle than for a rich person to enter the Kingdom of heaven."

Let the Pastor General of Grace Community International be the one to explain the properattitude to wealth:

Another scripture: Proverbs 11:4: "Wealth is worthless in the day of wrath, but righteousness delivers from death."

The Dangers of False Positive Thinking

The Secret, New Thought and their ilk are actually promoting the wrong idea about positive thinking. They promote materialism and narcissism, as well as cruelty towards others who suffer. These are actually very negative. Yet they are popular because they take advantage of people's covetousness and unchecked desires, especially the desire to control others. One should go back instead to Norman Vincent Peale or other works that remain closer to Biblical teachings, and do not encourage the negativism of narcissism or materialism.

People with good attitude can be successful, though it depends on how you define the word. But it doesn't mean they 100% expect what they want to become real. They understand that at times, things don't go their way. They accept that. They just know how to act and persist, and achieve "success" through it. But they also define success in reasonable terms. This is the point of Peale's theme: control your attitude, whether about failure or success. It can be reworded in another simpler phrase: control yourself.

And remember: positive thinking does not work without God. And God is not a genie who gives us what we want. Thoughts do not alter reality by themselves, as The Secret claims. Thoughts manifest through actions. If you have positive thinking, it will reflect in your actions, and those actions can affect reality. But they can never guarantee, 100%, that you will get the results you want. Instead, you should control your wants.

(Added Feb. 16, 2014) Perhaps the simplest way to describe the problem with The Secret and the Law of Attraction is this: it is NOT a law. "Attraction" can work in some cases, but not all. Of course, I agree with showing a positive attitude and not manifesting bitterness or hatred, because that is age-old wisdom. But one has to face the fact: it does not ALWAYS work.

(Added Feb. 16, 2014) The thing is, real positive thinking is not escaping negativity. It is accepting negativity when it is unavoidable, but thinking it can be turned to positiveness later on. But is it possible to have a negative outcome even if you are positive, and undergo a positive experience even if you are negative? YES. It is possible. Positive thinking acknowledges the truth, "you can't win 'em all." Thus, you accept things you can't win and move on to those you CAN.


For more information on orthodox Christianity's view on The Secret and New Thought, see this article at the Christian Research Institute, as well as this online resource.
Posted by Unknown at 4:01 PM