KSP as the Root of Evil 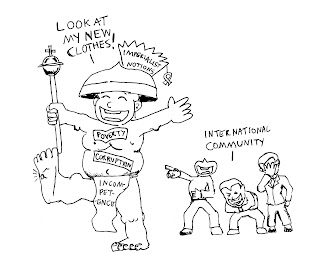 KSP means “Kulang Sa Pansin.” Literally, it means “lacking attention.” But its true meaning in the current Filipino context is “desiring to be the center of attention.” It’s apparently a very selfish trait, a serious human flaw. Apparently, all humans have been KSP at some point including myself. But applied habitually, it can really be harmful.

KSP is what Gogs blames as the reason for Filipino bus driver behaviour under the boundary system. KSP is certainly a factor in Rolando Mendoza’s taking bus-riding Chinese tourists hostage, later killing eight of them. It’s one reason Filipinos say Manny Pacquiao is a great boxer because he’s Filipino, even when it’s actually Manny’s personal habits and training, which have nothing to do with being Filipino, that are the cause. It’s a reason Filipino teens form gangs and do stupid things, such as engage in crime. It’s one reason a Filipina domestic helper abroad donned the clothes of her employer and posted them on the Interest, only to have those pictures discovered and possibly get her fired.

Obviously, KSP is one reason why people say “Proud to be Pinoy” for the wrong reason.

And so on, so forth.

One person even dared say KSP people are competitive. But being competitive doesn’t mean you’re going to win. Because of KSP’s being based on selfish pride, often KSP people lose.

The KSP attitude is obviously a reflection of hubris, long known to be one of the most serious character flaws of every human being on earth. It also tends to be a flaw that people themselves can love. Another irony of life: people tend to love the things that make them stumble and fall.

I personally sometimes find other people’s expressions of pride detestable. It would still seem best if people never tooted their own horn. I still admire when people stay humble despite being achievers. Again, I would say, don’t look for a reason to be proud in your life. Just keep doing what you do best.

A reform in values is what we certainly need in this country. One which could erase KSP forever from our society.
Posted by Unknown at 1:15 AM