What's Missing in the Transformers Movies 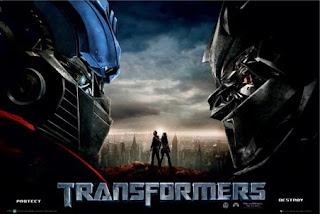 I liked it that they made the Transformers franchise into a real-life movie. I especially like the first one. But as I watched the second and third, and read more about their production processes, I thought something was actually lacking. I could tell since I was not as rabidly fond of it as the original series. Perhaps it came from my expectation that the Transformers story should always be told from the point of view of the robots. That was how the original Transformers series had it, as with others after it.

But the movie told it all from the human point of view. This was understandable in the first movie: the Transformers were a wonder for humans to behold when first met. But in the second movie, it was still that way. The robots were still strange, cumbersome, something you cannot relate to – as if they should not have been on earth in the first place. Clearly, there seemed to be some disconnect.

Another issue was the design of robots. I do appreciate how they completely changed the refined looks of Japanese designs into more monstrous-looking constructs with mechanical internals exposed and sticking out. The toys looked pretty good anyway. But it was more like the designers in the movies made the Autobots and Decepticons more like Aliens and Predator (or just like Aliens). They were much too alien and strange. Not that I disliked the designs, but I felt that they were forced.

So what I think the great flaw of the Transformer movie franchise is: they over-humanized it.

Instead of looking at the robots’ point of view, seeing them learn about human culture and showing that they are also “human,” the movies showed the Transformers as problems the humans had to deal with. That’s always the portrayal of technology by Hollywood – it is difficult, an enemy, something strange we have to deal with, instead of being our friend. The very attitude of science fiction movie makers in the 1950s.

I think this reflects Hollywood’s current spate of changelessness and dryness in creativity. Perhaps it is too focused on commercialization through gorgeous hunks and sexy women (as in the likes of Megan Fox) that it can’t make robots relate to people. Perhaps telling it from the robot’s point of view might have been budget-heavy – it is after all easier to film human actors. But failing to see things from the eyes of the robots deprived the series of its real magic.

I don’t think Michael Bay or anyone in the movie franchise actually understood the Transformers audience. They were like marketers who were going hit and miss towards their market – when the better thing was to be a fan, or know how the fans think. While commercially successful, I think the Transformers movies could have been better.

One difference between American media and Japanese media (anime, manga): to America, being conservatively backward is to be good, and this involves being backward in technology as well. So highly advanced technology is always something strange or bad to them. This is reflected in the movie Avatar. To Japanese, technology is as much a part of their bodies as their brains and souls. That’s why I prefer the Japanese theme of “mechanizing” the human being, or at least making machines “good.” I suspect the Transformers movies, being American, always reflected Hollywood’s sentiments.

Well, they’ve made Transformers already, so the only solution to the above is to reboot the franchise. Not too hard I guess, with reboots becoming very common these days.
Posted by Unknown at 12:06 AM