The Kulo Exhibit: A Kettle that Needlessly Boiled Over 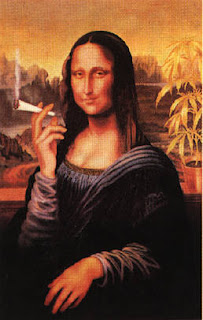 As the story goes, Mideo Cruz and several others displayed artwork at the Cultural Center of the Philippines that mixes religious imagery and phallic symbols. The Catholic bloc of the country took offense at the imagery and demanded its closure. It was closed, and the artists and other blocs of society complained that it was a suppression of freedom of expression. For some reason, it got so popular that it became the subject of a Senate hearing.

I believe freedom of expression was never in danger in the Kulo exhibit issue. The artists got to display and express themselves anyhow. They were just kicked out of the CCP because the public, who is the audience, and is mostly Catholic, got offended.

Those against the exhibit have cited Article 201 of the Revised Penal Code of the Philippines, which penalizes “Those who, in theaters, fairs, cinematographs or any other place, exhibit, indecent or immoral plays, scenes, acts or shows, whether live or in film, which are prescribed by virtue hereof, shall include those which... (3) offend any race or religion.” Clearly, there is a law against offending religions. Such laws exist mainly to prevent conflict, because offense is a strong cause of conflict. I believe saying that the other person should “suck it in and not be offended” is discourteous and inconsiderate... need I say selfish and uncivilized?

For me, the issue does not demonstrate suppression of freedom of expression. Rather, it demonstrates the dominance of the majority. The Catholic bloc remains the largest in the country and thus can exercise this influence to complain and have something offensive to them removed. The smaller blocs of other persuasions have no choice but to deal with it, or they could find ways to compete with the larger bloc.

That point raises another issue related to the “using Pedro's money to give to Juan” idea. The CCP uses public funds to operate. Basically, Catholics, who form the majority of the country’s population, will naturally be offended to see their money used to support works that offend their religion. The money of Catholic Pedro was used to fund the anti-religious Juan’s work. I know some non-religious who may find this situation "offensive" too.

I proposed in forums that the Kulo Exhibitors move to where they are more appreciated. That is the logical thing to do. They may have been kicked out of the CCP, but that doesn’t prevent them from displaying anywhere else.

As for charges against CCP and Cruz... I would think they are needless, but the law is clear – religious offense is punishable in this country. Using the words of Benign0 of Get Real Philippines... tough luck.

Another issue for me: why the hell is the Senate dipping its hand into this? Doesn't it have better problems to handle? Like amending the constitution and allow more artists to thrive in this country thanks to investments? Our art industry will always be in a sorry state because it is affected by our bad economy. Remember, in history, the arts flourished in the Renaissance because of rampant international trade and investment. Good art flourishes where the going is good.