Happy New Year... or so. These days, people say, we don't feel the Christmas spirit. Same with New Year. December 31 turns to January 1... and it's hardly felt. No matter what New Year's Resolutions you make, they probably won't see the light. Life has become a bit harder because of the rising prices, dwindling salaries, and the need to spend much more time just to earn enough. But the real stickler is when things go awry for a reason. 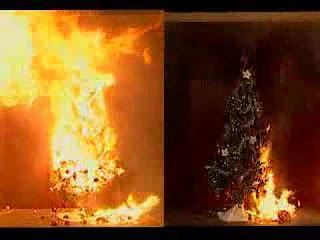 Firstly, I was assigned by my mom to handle all the expenses at home with her pension. I get the pension from Camp Crame, I deposit it into her bank account, and withdraw from that same account to pay for all the stuff. That's the plan, except that in the withdrawal slips she left me, they had dates! Mom set dates on which I should make withdrawals and follow the schedule. But if I get the checks late, and the clearance period runs through the dates of the withdrawals, I can't withdraw! I thus sent slips to my mom in UK (which is why she let me handle it), but after December 11, I haven't received them, and bills kept piling up, until my 13th month and sideline earnings were depleted. I still await them today.

Recently, when I bet on the lotto at Matatag St. branch, I paid a 1000 bill for my bet, but the teller gave me back change for 500 payment. I argued that I paid 1000, but she argued she saw only 500. No witnesses were here to help me, so I left frustrated. Money lost again.

If there's anything I've learned in life, it's that earning money requires blood, sweat and tears, and you have to work like a horse to get even a little. But when it comes to letting go of money, it's so easy. Just think of something to throw money on, it'll be gone in a flash. Just trying to survive is so difficult that most Filipinos would most likely be thinking of illegal rackets just to make ends meet. I have rackets, but they're legal. Yeah, bite me. They're legal.

But still, earning money is hard. Very hard. And it's even harder to keep money from getting lost. Very hard and expensive lesson to learn. But I have to learn it. And I still have a lot to learn in life. I just hope it doesn't burn me out.

This is the year of the rat after all. May the rats stop coming out of the woodwork and gnawing at my life, and may they die in hell.

Since things have already blown up in my face this 2008, Happy Nuke Year!
Posted by Unknown at 4:49 PM