Why Anti-Bullying Programs should Exist

In the United States, what looks like a right-wing libertarian or such movement is actively campaigning against anti-bullying programs in schools. The belief of opponents of anti-bullying is that bullying is a dynamic that should not be interfered with and is a “rite of passage.” Thus, when bullying happens, leave them alone. The assumption is that if the victim learns to fight back, he’ll grow up and become successful, or he’ll become friends with the bully later. If you interfere, you are teaching the child to be a moocher. 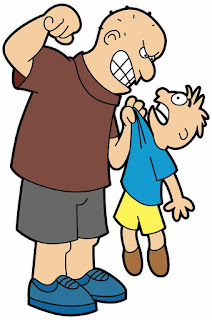 However, I say this is wrong. It is a mere assumption that bullying leads to the bully and victim becoming friends or becoming more successful as a person, and it is not as “normal” as they claim. Many credible psychologists show that most bullies remain bullies and carry their habits even into adulthood. It would seem the “bullies become buddies” angle is very rare, and the one promoting this angle is biased and likely backed by vested interests.

Very questionable is the claim that bullying interventions leads to moochers. How could the connection be proven? So far, no studies have been published that prove this. The facts are that victims of bullies are more likely to develop depression and adaptation problems related to the bullying, which will probably extend into adulthood. Far from being moochers.

The “bullies to buddies” idea is based on sensationalized anecdotes. There are stories, sometimes, inspirational ones, sometimes true, but there are a lot that are actually false. Yet these are being passed off as fact. But even more serious is that even the true stories of this are likely rare occurrences. Yet they are being passed off as what happens in every case. Thus, this is flagrant lying. The issue of bullying is filled with myths being deliberately passed around, and steps to provide solutions to the problem are being blocked.

So if bullying is serious and a real problem, why are there opponents anti-bullying programs (could we call them pro-bullying for brevity’s sake?)? It’s mainly because the issue is politicized. Today, anti-bullying programs are connected to left-wing and liberal efforts, although this association is perhaps made by the opponents than the proponents. These “pro-bullying” efforts seem to be part of the same party that is pro-gun in gun control, anti-immigrant and anti-foreigner in terms of immigration and anti-gay marriage (and many gays are the victims of bullying). These opponents assert that left-wing and liberal efforts are destroying the country, and anti-bullying programs are passed off as being among these. However, this is mainly mudslinging and demolition jobs. What is even worse is that this side of the political equation uses mistruths and lies, as it does with the gun control issue. The right-wing groups or whatever pro-bullying sides are out there like to paint themselves as solutions against mendicancy and laziness, but this is clearly not the issue in bullying.

Perhaps another reason for the pro-bullying side to exist is simply, there are dumb parents and guardians. For example, it is possible that the parent of the bully was themselves a bully in the past, had a child, and later encouraged the child to become a bully. So when their child becomes a bully and is the subject of an anti-bullying program, the parent slams the program to protect their child. Perhaps some have fought a bully in the past and succeeded, but they refuse to acknowledge that this success is only met by a few.

There is also the element of irresponsible parents using their children to boost their own pride. It’s not just pushing the children to get straight As or else they’ll be severely punished (the infamous tiger parent, yet another myth being pushed in America) which causes dreadful problems and tragedies in American society. Parents might even encourage their children to fight bullies – and if they lose, face verbal abuse and shaming at home. This can lead to depression and suicide.

No, depression and suicide are not signs of weakness. It is because the effects of bullying itself can overcome anything the victim tries to help himself with. It’s like that meme being passed around online: people who commit suicide or are depressed aren’t weak, they are exhausted from trying to be strong. Everyone has a breaking point.

There are the parents who believe in the above, and they themselves may abuse their children, forcing them to become “strong.” But this only leads to more depression. It’s the rat race in America as parents struggle to manipulate their children for their own ego. But the only thing this leads to is tragedy.

This is likely the product of a violent culture. This is what some raise: America and similar cultures condone and approve violence because their egos are based on it. They turn a blind eye to the harmful effects of this culture, and instead sling mud against people raising awareness on this problem. This is true of the bullying issue.

So here’s another idea: opposition to organized effort against bullying can also simply be the manifestation of a lack of willingness to participate in social processes. The effort certainly would need parents going to the schools to face a bully’s or victim’s parent. They probably do not want this tension or confrontation, perhaps because they cannot control themselves over it. Thus, they try to avoid it by telling their child to handle it themselves.

Saying that bullying is a fact of life, so you should let it happen, is like saying crime is a fact of life, but you should let it happen. The acceptance of bullying as something normal is the cop-out. It is primitivity and barbarism, and perhaps laziness. And by encouraging the children to fight it out, it sends the wrong message: that violence is an answer to everything.

Since I also believe in Christianity, I would say adult intervention in bullying is more in line with Christian beliefs than letting then go through it. There are some who would twist the message, saying that letting children handle bullying by themselves is in line with Christianity. Nothing can be further from the truth. Telling your children that they should go through bullying and not be helped out of it is more uncaring and lacking compassion than not, and thus is unChristian. The expectation of a true Christian parent is that they must save their children from sinful situations, not push them through it.

The reason why bullying exists is not because it is normal in the world. It is because people are deceived to believe it is normal and that it is better (i.e., it suits their laziness) to let it be. But (according to Christian belief) that's exactly what the devil wants us to do; let something sinful be accepted so it can propagate in the world. And following the concept of deception (i.e., making right seem wrong and wrong seem right), people are fooled to believe that bullying is a “rite of passage,” rather than a social problem However, even without this religious perspective, through humanistic values, one can reason that bullying is wrong.


Thus, anti-bullying interventions should exist. They are solutions for a problem. While it is all right for a victim to stand up to bullying, the victim should not be left alone. As one reference below states, bullying is an adult problem. It is everyone’s problem.

Why Bullying is an AdultProblem (Psychology Today)

Focus on the Family Article about Bullying
Posted by Chino F at 1:56 AM