You know, I've always been blabbering about how much I hate Filipino habits, I do Filipino Bashing (see my older blog posts), blah blah, and all that. I've been doing it while trying to put my finger on why is it like that? Why are Filipinos like that? What's the source of the problem? 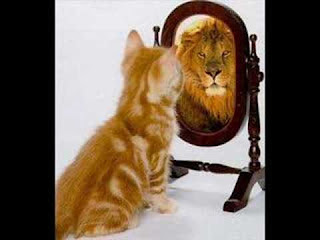 Later on, while looking at a nursing reference in my research paper writing job, I saw something I had read about, but didn't know was embodied in a term - amor propio. This is usually defined as self-esteem, self-image, self-respect and other similar concepts, but it can also mean the bad side - self-pride, self-propagation, saving face. Meaning, public image is all that matters. I for one see amor propio as translated to: amor=love; propio=pride. This would mean for me “love of pride.” It's public reputation – saving face, again.

The reference I was looking through, Transcultural Communication in Nursing by Cora Munoz, defined Amor Propio as "personal pride, saving face and avoiding hiya (shame)." The meaning of amor propio in action here is avoiding shame from disrespecting an older person or elder by just avoiding confrontation and just submitting to whatever the elder says.

But by this example itself, it already reveals a problem with amor propio. What kind of problem? Number one, personal pride, saving is the reason for avoiding confrontation. Pride is often cited as the root of all sin, and here, the source of amor propio is personal pride. It for me would indicate that most of the Filipino's social traditions have been based on the wrong attitude.

Amor propio is not necessarily all that bad when what you're talking about is the self-image and self-respect that one should have. But when you talk about personal pride, that's different isn't it? For me, a Christian is supposed to be humble and not concerned with personal pride. So amor propio I believe does not exist in its fullest form in a true Christian.

In the case of the Munoz book's example, I would think that avoiding confrontation is the wrong thing to do here. The younger person could still suggest that the older person is wrong in something, but in a respectful way. Pointing out someone else's errors per se is not a prideful or wrong act. There are certainly respectful ways of criticizing. Unfortunately, Filipino culture considers pointing out an error an insult to someone (because of that someone's personal pride), and thus a person who wants things to be right will have to be very brave to point out someone's error. This is preventing improvement and positive change in our society. That would certainly be personal pride in the case of the person being told the error. Even if he is elder, he should accept he is wrong. So personal pride and the amor propio that stems from it has to go.

Unfortunately, Hiya also has a self-esteem-destroying function. When a person has a unique skill or talent, and likes to show it to the world, other Filipinos will beat down on that person. They will say, “how dare you say you are different! Aren't you ashamed?” Filipino culture has a trait wherein there is an insane insistence in people to be the same (also defined as an insane insistence to see eye to eye). In fact, praise for someone's individual talent that is different from others is a value that comes from abroad. Filipinos insist on sameness. Differences, even good one, are sadly not appreciated. Sameness is considered a value, difference is considered a sin. Also, people who have a special trait or different skill that can be useful tend to shy away from using it – they have too much “hiya” to attract attention with it. Still, not a good trait.

The hiya of Filipinos is also used in another wrong way – the fear of losing face. Losing face is probably one of the greatest fears of the Filipino. And often, it has no relation to the true moral condition of the person. For example, even if the "face" of the Filipino is as immoral a reputation as "womanizer of the town," the Filipino will still try to save it. Why? Because being a womanizer contributes to his public image as someone strong or desirable to women. That is more important to him than becoming morally upright. Even is he becomes corrupt in an effort to save his face, he doesn't care. All that matters is the face.

Here for me is the heart of Filipino problems. Concern for saving face, amor propio, and the hiya, should be eliminated. Even hiya? Yes, I've heard many intellectuals say that the hiya of Filipinos is detrimental. Instead, they should be bold enough to make a difference (and be different!). We Filipinos should get the personal pride kind of amor propio out of our system. It is causing Filipino people to value nonmoral things more than moral things. It makes them value looking good rather than being good, and thus the morality of Filipinos in their daily lives suffers.

Wait... if you read the book my Munoz I mentioned above, you would get my message... for Filipinos to improve, they must get rid of attitudes and trait that actually define them as Filipino! Shocking isn't it? Yep, we have to accept, what makes us “Filipino” are the things are the things that are causing problems for us. But I've been told that these traits have been impressed on us by the Spaniards in the old days, in order to control us (yes, read your history, Filipinos!). To prevent us from getting intelligent and revolting, we were given values that prevented us from using our “coconut shells” and banding together, and improving ourselves. Just look at the word itself, amor proprio – it's a Spanish word! This for me is a message, fellow Filipinos. We've wallowed too long in antiquated, 16th century Spanish values. This is the 21st century! It's time to modernize our thinking and our cultural values.
Posted by Chino F at 12:52 AM