The False Narrative of Control: The Real Problem in Christian Communities

After my article about Control Freaks messing the world up, and as I went about the seminar using the book Good and Beautiful God by James Bryan Smith, I had a vital epiphany. On page 45, Smith mentions that the desire for control is one of the causes of people doing bad things. Indeed, having such a desire would mean fear of loss of control; this leads people to become fearful and desperate, and as a result, they resort to forceful, coercive and rights-violating (and indeed, sinful) measures to address this. 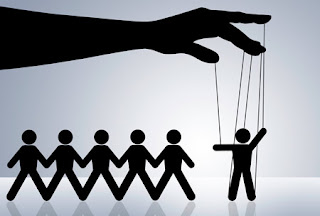 There is a false narrative I believe people must be aware of, that in being a Christian, they have been granted license for control over others. They believe that they are always right, that they should be obeyed by others and anything they say or do cannot be opposed. If someone opposes them, they have the right to punish.

This is something that, sadly, even the Christian world (and other religions) had for years misused, leading to numerous wrongdoing and abuses. For example, we have the Inquisition, where Catholic clergy had used political authority to force people to follow their system, or else they torture and kill people. They have acted as hypocrites, ironically violating the very principles they preach.

The truth must be told: we are not granted any special authority to control the world. We are not police, enforcers or thugs of morality over the world. This is perhaps a result of misreading the Bible. There are verses like “what you bind on earth will be bound in heaven” or “they will inherit the earth.” Many believers have thought that being a child of God means being granted special authority on Earth, and that they would have political power aside from religious power.

For example, we look at the example of when Kim Davis refused to carry out a gay marriage. This divided many people; some people say she should allow it because her position dictates it, while others say she should crusade against all gay marriage. I would say, Davis has the right to refuse according to her own beliefs. But if she extends this to others, going out of her way to block every gay marriage she could reach, I would not agree with that. That denies from other people their own will, the very thing that God granted them as part of his creation. If we force our ways on others, it also does not mean that they believe the message we force. One can obey something while not believing in it at the same time. We would be encouraging this deliberate non-belief in the faith by using force.

This could also be from the Fall of Man. Remember when the Serpent said, “You shall be like gods?” That sounds like, “you are the one in control, not God.” That is the false narrative drilled in our heads by the wily Serpent; we should be in control, and if we control, we are right. In truth, if we try to control others instead of ourselves, we sin (Rom. 13, love does not force its own way).

Being a believer does not give us authority or license to have command over others. Rather, it gives us more responsibility than we ever thought. That responsibility is marked out in 1 Peter 2:12 – Be good even in the eyes of pagans or non-believers. We are not supposed to force others to be good, we should be good ourselves and show the example. That is how we bring God’s kingdom into the world; we become the advertisement that entices people to the kingdom. Belief that we have a right to force it is the devil’s false narrative.

Those who continue to believe that they should have control over others are still stuck in the sinful nature. People should learn to give up their narrative of control and accept that they should control themselves and not others. While some might say controlling oneself is very difficult, that is the reason believers have Christ in them, to help them. Only once the narrative of control has been fully dumped from one’s life can they see the peace of God. Of course, it’s not only among Christians or people with religion where the this issue of control is relevant. It’s relevant to all of humanity. I believe that this is one of the most important messages to teach believers today. This is because it shows one important side of the Good News: even if we are not in control, things will be good – mainly because, when we try to take control of others, we are the ones making things bad.