Should Children be Forced to Provide for their Parents?

I once criticized the proposal of some lawmakers to force children to care for needy parents. For example, a bill by Senator Jinggoy Estrada says parents may hire a lawyer to force their children to provide for them should they desire it. Senator Panfilo Lacson had a similar bill. 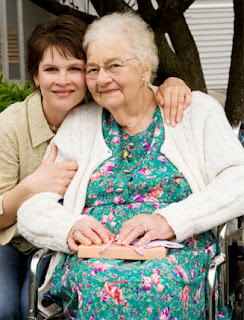 I still oppose this idea. The care of older parents by their children should not be forced.

There is great potential for unintended side effects. There is a great chance that this will be destructive to families, rather than helpful. This proposal would encourage feuds and rifts between children and parents.

The issue is also based on an assumption; that elderly parents are unable to care for themselves and need to be provided for by others.

One of the bases for this is the Bible passage on caring for widows.

“The church should care for any widow who has no one else to care for her. But if she has children or grandchildren, their first responsibility is to show godliness at home and repay their parents by taking care of them. This is something that pleases God very much....But those who won't care for their own relatives, especially those living in the same household, have denied what we believe. Such people are worse than unbelievers” (1 Timothy 5:3-4, 8)

If the parents are needy, certainly they need aid. However, not all elderly parents end up needy. So if the parents are not needy and are willing to support themselves, should the children still be forced to provide for them? I think not.

I also disagree that children are solely responsible for providing for their parents. People are likely to have found more friends and associates as they grow older, and this should increase the number of people, aside from family, who may be able to help them. Also, pension funds and other such instruments have been introduced to help elderly people prepare for themselves. Cooperation between the children and friends is however preferable, and may be good for society.

Also, the problem of care for older people can be seen as a function of societal issues. Poverty is perhaps one of the main reasons elder people will be unable to provide for themselves and will seek the help of others. Thus, one may say that another person should provide for them. But if the child is too poor and cannot provide for their parents without suffering themselves, then why should they be forced? It would be cruel to force them.

That is my worry. Compelling another person to provide for someone else has the risk of encouraging mendicancy. I believe it is wrong for a parent to be a mendicant towards their child. Intentionally being a drain on one’s child is also wrong.

There's also the issue of abuse by parents. Let's say the law is passed. What if the parent is perfectly capable of supporting themselves, but wants some expensive bling that they could not afford? Then they see their child is saving up for a house. The child refuses to buy the bling, saying it is unnecessary, and one should live within their means. Then the parent becomes furious and sue their child for money, and they would use that money to buy the bling. Abuse by parents, isn't it?

So we go back to the main question here: if children are refusing to provide for their parents, should some force be used, such as the force of law? I still say, no. It is the family members’ own responsibility to settle their own affairs.

Also, if children are refusing, what does it reflect? Perhaps it is a function of the parents’ own irresponsibility or incapability to settle their own family’s affairs. Not always, of course. But if true, there is no need for the parents to be punished by the children, which is bad after all. But children not directly providing for their parents in not necessarily punishment.

Of course, if the children choose to provide for their parents, that is good. I’m all for it. But I’m for children choosing to do it, not children being forced to do it, which would be disastrous for all concerned.

As long as compulsion is involved, disputes and problems usually follow. If children are compelled to provide for their parents, that is no assurance of love or care. Children should be the ones to choose to provide for older parents. And I would encourage that too. I would do it. But to allow parents to file lawsuits against children… that would ruin the family system that God created. Let family disputes like this be settled outside the court of law, because it is an issue that reflects the health of the family concerned.

As for scripture, I believe the Bible does not explicitly require children to take care of elderly parents. Rather, that responsibility is implied in the commandment "honor your father and mother," and an exhortation for children should should take care of a widowed mother or grandmother (I Tim. 5:3-4,8) if the church cannot do so. Note that this was about a widow, not about parents or grandparents in general, because widows tend to be more disadvantaged, like orphans. 2 Cor. 12:14 has another idea: "children should not have to save up for their parents, but parents for their children." I believe this is clear.