On Wall-Pissing and the Positive in our Country 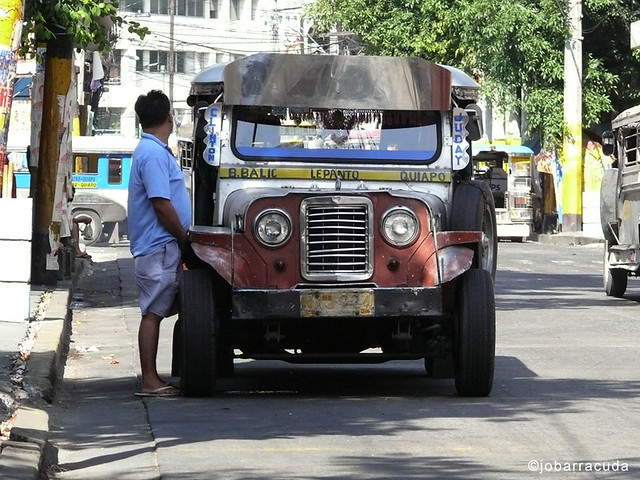 On the now defunct Filipino Voices site, I responded to a post by the commenter Bert, who in turn replied to Get Real Philippines blogger Benign0:


Okay, benigs, glad to oblige.
I don’t know about you and your group, but these I’m going to blurt out here are my perspective of what are positive and beautiful about my country and my people.
1. The people. I am a good family man, benigs, and my family is a happy family. Take out some here, and some there, by and large, that’s about the embodiment of the typical Filipino family. I live in an environment of a happy neighborhood, not as clean and impecable as might be there in Australia, but my neighbors, we know each other, and we care for each other, and while you may see the next guy a pisser on the wall, I see the same guy who can be relied upon to help when I’m down and need one. And I to him.... (quote snipped)


I decided to jump in and say this piece:

Loving one’s country is easy… the country doesn’t do wrong, it’s the people who do. And loving people (the wrong way) is too easy when you blind yourself to their faults and don’t take them to task on it. Yes, let’s look at the positive and the beautiful, but never use them to hide the negative and unsightly. If you can use a garden as an analogy, a gardener snips out out the unsightly rotten branches, leaves and weeds. He leave only the beautiful by snipping out the ugly and harmful. Unfortunately, our people are not into doing that for their country; they prefer letting the unsightly stay alongside the beautiful, and say that it’s still beautiful. And in the end, that’s ugly.
If you let that guy piss on a wall, he’d better be dependable all right when he’s called to clean up his mess. And logically, that wall pisser is less likely to be a dependable person when you’re down, since he has the gall to piss on someone else’s wall instead of his own, and that means he’s willing to let other people down for his own comfort! If I were that guy’s friend, I’ll keep pestering him to stop pissing on walls. Would you let him piss on your wall?


My afterthought was that sometimes, yes, you may forgive people for their doing wrong. But this gets mixed up with glossing over their faults. Yes, sometimes you may gloss over a little fault, but one must never gloss over it forever. It would be better to keep pestering the person to stop doing this fault.
And in addition, people would never gloss over government's fault, but they regularly miss their own and other people's faults. I guess that's the problem with the Philippines; it's never the people's fault, it's always the fault of the one up there or another person. That only means our people are selfish and lazy. And since our politicians also came from these people, they remain the same.
Posted by Unknown at 6:27 PM