It's not all in the Mind

Sometimes, I hear people say, "it's all in the mind." "You can do anything if you put your mind to it." This is often used for normal people. 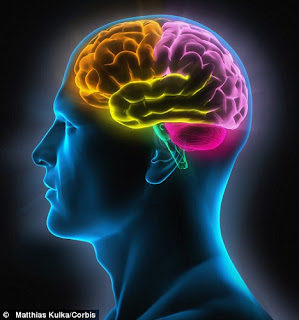 But then there are people who have deficiencies in their mental functions. For example, autistics. These people are unable to think as well as "normal" people do. You know about manic-depressives, amnesiacs, Down's Syndrome and other kinds of people. These are real, and as the mental health professions proves, mental illnesses affecting the physical part of the brain do affect the behavior of people. Behavior is not entirely controlled by willpower only.


What is saddening is how people believe that psychology is invalid and that people's behavior is solely willpower. They will state that humanity has been living for thousands of years without knowing psychology, and survived. But the truth is that humanity has been living with thousands of years of mistakes. Many people have been unfairly treated or killed for mental illnesses over history, and many puzzles over people's behavior in ancient, medieval and pre-modern times could be explained in terms of mental illness problems (the creation of infanticide and orgy customs, the madness of certain historical figures, sudden decisions to kill someone or similar, etc.).

Many believe that because people are spiritual beings as well as physical, anything that happens to their brains should not affect their personality or behavior. But experience and history has proven that what happens to the physical brain WILL affect people's behavior and history. Psychological history often calls to mind Phineas Gage, the rail worker who in the 1800's experienced a railroad spike driven through his brain. He survived, but his behavior changed dramatically because of brain damage. One textbook I use at work mentions the case of a 10-year old girl who fell off her bike and her temple was pierced by a two-inch nail, causing brain damage. She acts now like a two-year-old and she suddenly blurts out a response at someone even if no one is actually talking, similar to schizophrenic symptoms.

With these cases, you can now be sure; change the chemical or physical part of the brain, and you change personality. This is already undeniable. People's behaviors can be changed by brain damage, poisoning, disabilities through injury and others. And this is not usually through just awareness of the bodily change or the will. The injury or change itself causes the person's mental functions to change.

I realize that most people are not aware of mental health science and may find it very complicated to learn, given how physical health itself can be quite complicated to learn. They may also have the reason, "we never had that during our time. Why do they have it now?" But that is faulty reasoning. We look back today and see that knowledge has increased, and so many things we did not know before, and could have helped if we knew before, we know now.

Serotonin, dopamine, norepinephrine and other brain chemicals have been identified as the main chemicals, along with others, that influence happiness, sadness, emotions, and almost everything a person feels - and does. Change the chemical behavior, you can potentially change the person's behavior.

Cindy Hazan, a foremost researcher on the field of human love, discovered recently that romantic love is essentially biologically based. Men and women get in love for an average of three years, and then suddenly - they wanna divorce. That's it; you can't depend on the "normal kind of love" to keep a marriage up. The biology just doesn't support it, so you need intellectual approaches to staying in love.

Romantic love in fact comes from chemicals generated from the genitals. Remove the genitals, such as what happens in a eunuch... and you remove all romantic love. Believe me... people with no more genital hormones would have no more romantic love.

This also reminds me of an incredible saying I heard from a minister some years before: man does not live on bread alone, but man still needs bread. Man may be a spiritual being, but he is also physical, and must remember that the physical world affects his mind and behavior just as his own will. Because of this, I believe that everyone must value the psychological discipline and listen to it carefully. Do not discount it; psychology is real, and like science, it is composed of the truth.

Another aspect of mental illness concerns crimes. I've heard an opinion that more than half of all criminals may be suffering from some sort of mental illness, which influences their propensity to commit crime. I do not mean to absolve them of their responsibility; I still believe that they should still be held responsible for their actions, and I do not support here the "insanity plea" as they apply in American courts. I mean that how mental problems influence criminals activity should be more looked into, when you also recall that most criminals are less educated and poor.

One thing I believe about skeptics of mental health science is that they don't just disbelieve it for moral reasons. I think they disbelieve it for exploitation. Psychology explanations are meant today to find more accurate solutions and resources to help the person. Others will block the psychology explanation in order to block the help for this person, allowing them to take control of the person and exploit them through brainwashing and guilt-tripping. Of course, not everyone is like this, there are skeptics for ethical reasons, but I believe care must be taken to watch out for those skeptics who are unethical.

I also appeal to those who have been that they may have mental conditions, and refuse to accept it. Stop refusing it - accept it. Only by acceptance of the truth, especially on mental health truth, will start the road to healing, and making life easier. Continuing in denial will only cause and suffering for yourself and for others.

Thus, it's not "all in the mind." Willpower isn't the only solution to problems. In fact, it is one of the least reliable solutions to problems, especially when one discovers the true nature of mental problems - and human nature.
Posted by Unknown at 4:38 AM