What I Want in a Girl

I recently gained another year, and it brought to mind what other people keep on telling me... when am I going to get married and go ahead with my life? Well, you know many people are in their 30s and 40s and have not yet married for many reasons. I for one feel that I am not ready for married life and I am picky with who I want. So who do I want? Here: 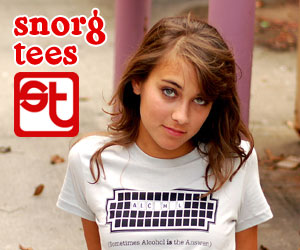 1. I prefer a girl who prefers not to watch local (or to put it clearly, trashy) shows on television. All that drama, telenovelas and everything, she would not like. Even foreign stuff like Hispanic telenovelas and American Idol she won't miss, because they are too mainstream and not very promotive of thinking. Of course, I don't require her to be an anime otaku (fan) or prefer to watch an intelligent American or foreign show, like Discovery Channel. I just need someone who is sensible about watching TV, and about whether to watch or not.

2. I would go for a girl who would be open to any kind of music, but is not the type that says, "girls should love love songs" and that kind of mainstream stuff. I would appreciate a girl who likes my New Wave music, and even appreciates Metallica and metal songs. Someone who's a bit punky, though not into a grossly disrespectful and rebellious culture.

4. She should understand sophistication and have enough of it herself to not have a crass and simple-minded culture. I don't want a squatter and a redneck. She should be responsible, not spoiled, and not lazy.

5. With all the above, you know that I want someone who's not afraid to be different. Of course, there's nothing wrong with acting conventionally, and having a job of her own in society. But she should not be afraid of the "weird things" in life, and will agree that weird stuff is just as part of life and is normal too.

6. In Filipino culture, you don't just marry the girl, but her family as well. I want to avoid this. Or rather, I want to avoid a clingy and dependent family on her side. Mine is bad enough. ;) But also, the girl should not separate me from my family, which is selfish. I will not separate her from hers either.

As you can see, what I want in a girl focuses more on what I don't want. That's basically it; not getting what you exactly want is OK, but getting everything you don't want is hell.
Posted by Unknown at 4:39 PM

Labels: desire, girlfriend, what I want