Lately the celebrity son who told me about Buzzle.com also shared with me another find: a Linux distro (distribution, or version of Linux, also referred to as a flavor). Thus, curious to try it out, I've gotten this copy of Ubuntu. 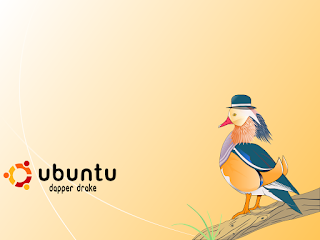 It's free. I just order it from http://shipit.ubuntu.org and get it after a month or so. But hey, it's great.

I liked it so much that I did a browse of other Linux distros, since I heard of a distro that could run Windows programs. That was once called Lindows (Linux Windows), but now the product has been renamed Linspire:

Because of the features of Linux and the relatively lower price for an original than Windows, I'm seriously considering doing a Windows dump (meaning, getting rid of Windows once and for all) and moving over to Linux. I've experienced a lot of Windows blue screen lately with my antiquated hardware, and it sure seems that Linux would remove such problems. Well, hope I could soon afford a copy of Linspire. But I'm pretty satisfied with Ubuntu. But if I weren't the only person with a computer and the only one spending for it at all (out of a population of 11 in the house!), then I'd really dump Windows and go Linux.

With Windows Vista coming out next month (2007 already), it raised the issue of whether I should stick with such an issue-laden operating system. I get good kicks out of Ubuntu, though I may need some more (meaning support for other software, like games), so other Linux distros are in consideration.
Posted by Unknown at 3:00 PM