For some reason, I've gotten a stronger craving for... SNAKES! 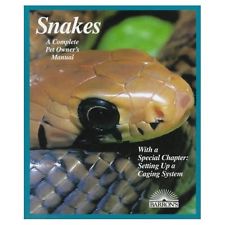 Meaning, I want to have a pet snake.

Now, why of all animals in the world, you old-fashioned, Western-cultured, supposedly Christian people say, would I want a snake?

Firstly, it's been an interest since my younger days. I've always been fascinated by snakes
because of their nature - limbless, long, slender, different behavior from other reptiles (like swallowing food whole), at the same time fierce and cute, with an air of mystery
about them. I'm also enthralled by the variety of snakes around. For example, a cobra is not just a cobra; there's a spitting cobra, asp, king cobra, ringhal, and more. A python is not just a python; there's a Reticulated python, Burmese python, Ball python (one of the 'beginner' pets of the snake world), Carpet Python (obviously you can't use it as a carpet), and more.

There are so many snakes with exotic names, like bushmaster, boomslang, krait, water moccasin, cottonmouth, copperhead, racer, massasauga, death adder, anaconda, mamba, and more. Of course, most of these I mentioned are generally dangerous snakes, but there are snakes really ideal for pets.

The most common is the corn snake. It's a species of rat snakes that's generally reddish and orange in color. This is considered the ideal a beginner's snake. There are other species of rat snakes, like the Philippine rat snake, that I really want to have, but it's a bummer I don't see anybody selling it. Heck, Philippine law might even prohibit snakes as pets. I haven't fully confirmed that yet, but still, it's a major bummer.

I also have the problem of adequate caging and supplies, which is absent here in the Philippines since pet snakes is a rare hobby here. For one thing, snake owners here tend to go extreme, like they house a Burmese python or anything like that rather than a diminutive and easy-to-care-for rat snake.

OK, I want a snake, and I'm sure people will chide me for it. I hope they'd shut up. I wonder what makes people hate snakes so much. I mean, house mice, sewer rats and cockroaches are dirtier and scarier, right? OK, choose between a python and a tarantula. But what the hell makes people so afraid of snakes?

Probably its this stupidity in Filipino culture that makes people tend to hate snakes. Probably religion. Everbody thinks the serpent in Genesis is the snake, but that confirmed. Note, it was only after this event that the serpent finally got to 'crawl on his belly.' So what was he doing at first, standing on his own two feet? And remember, Genesis is full of symbols, and the serpent is also a symbol; he may not actually have been a snake at all. So snakes should not be blamed due to a misreading of a Biblical passage.

It's true that all snakes are carnivorous. None eat plants. But that doesn't make then evil, does it? Damn. When will people ever be willing to know the truth - especially about snakes.

Well, I want snakes but I can't afford it yet. But my time will come. And my mom hates snakes. I'm so much the opposite of my mom in this. I guess I'm a snake. Hehe.

I’ve actually bought a book on it: Barron’s Snakes - A complete pet owner’s guide. It makes great reading along with my other snake book (about all snakes, not pets).
Posted by Unknown at 5:48 PM