If I will name a worst government, it will be what everyone thinks was the best government of all - a dictatorship. 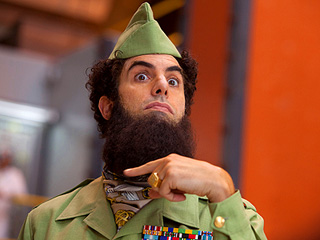 History has shown that the worst governments ever were dictatorships. In nearly all instances where a dictatorship was established, the people always suffered pain and oppression. Adolf Hitler, Josef Stalin, Pol Pot, Slodoban Milosevic, Ivan the Terrible, Herod in the Bible, and all other dictators in history have a trail of bloodshed behind. I doubt even Fidel Castro would be excluded from his list. As long as you want to control others, but these others oppose you, you will be tempted to kill them - and you will fall to it. That's just human nature.

A benevolent dictatorship is a myth. It is because the ideas of "benevolent" and "dictatorship" are a contradiction in terms.

When dictators come to power, they do so by force. They dictate. They take away freedoms to get the power and oppress to stay in it. By nature, the definition of a dictator is far from benevolent. If one were truly benevolent, truly good as a leader, he or she would not be a dictator. Any human who wishes to be a dictator wishes to be God, and that's a sin before the Lord Almighty. But there are even athiests who would agree that dictatorship is an immoral concept.

So what is the best government?

Of the human governments, democracy is still the best because it allows people to practice the God-given freedoms they have, while allowing them to bargain among themselves for how to exercise power. It is a government which has authority in mind, yes that authority has to be limited because of the possibility of autocratic corruption.

But it is true that it is still very much susceptible to corruption (any human government is anyway). The thing is, as long as humans run the governments, there will always be corruption (not just the potential) and even the nicest people will be susceptible to corruptibility by other people (yes, it always has to be other people who corrupt you, damn it).

Nobody's perfect, right? So why make an imperfect human a dictator?

So what then? Make a non-human run government?

The only good government at all is by God himself.

And God is ruling. He is not a dictator. He doesn't come down from heaven and say, "Hey, you stop that sin!" No. If he does that, he is not God. God gives freedom. He is a loving God. Only people want to curtail others' freedoms... and that's why they're sinful.

Don't forget to look at these references on the benevolent dictator as a myth:

The Myth of the Benevolent Dictator - John Berkus

Metafilter - The Good and Bad of Dictatorships (forum thread)
Posted by Unknown at 4:01 PM