One of the Filipino celebrity children I interviewed, who I found at the time was studying in the same college I came from, showed me a website full of thoughtful articles on any topic, ranging from hobbies to politics. But what he showed specifically was a heavy, striking article on religion's effect on the world. And what a title it was: Spiritual Terrorism. 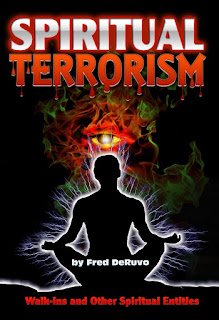 This editorial in Buzzle (now found here) uses the concept of borders as a tool for control of people via religion. After seeing this article, I was impressed. Examining the rudimentary dynamics of how some formerly unknown processes in human interaction at work was an academic epiphany for me. OK, I'm talking Greek here. I just meant, it was impressive to see someone explain how things work, especially when how the things works is something people often don't know about.

Though it's an all-too-common topic, it reveals the reality of religious abuse. People use religion to control others often. It's a practice best shown in how the 9-11 bombers did their thing. That's religion abused.

Hmm, I hope to submit articles to Buzzle later on.
Posted by Unknown at 10:07 PM